As Candidates Prepare to Debate Social Security, Americans Agree On a Path to Fix It 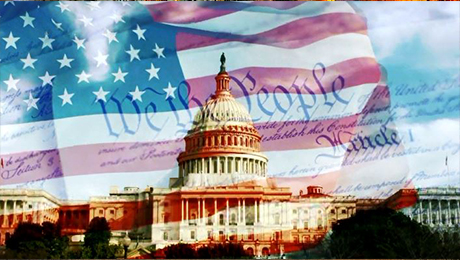 While Social Security did not come up in the first two Presidential debates, moderator Chris Wallace is reportedly preparing to make it a topic in tomorrow’s third and final debate. Meanwhile, a new ‘Citizen Cabinet’ survey released today finds significant bipartisan consensus on four major steps that would resolve most of the program’s projected shortfall.

In the in-depth survey of a representative sample of more than 8,600 registered voters, two thirds or more of Republicans and Democrats agreed on steps that would cover at least 66 percent of the shortfall – through a combination of revenue increases and benefit cuts – while six in ten eliminated the shortfall entirely. The survey, which also includes statewide samples in California, Florida, Maryland, New York, Ohio, Oklahoma, Texas and Virginia, was conducted by the University of Maryland’s Program for Public Consultation. The findings are featured in a new video produced by Voice Of the People, which sponsored the survey.

“In the debates so far, we’ve heard about locker rooms, we’ve heard about emails. What we haven’t heard from the candidates is what they’ll do about Social Security,” said VOP President Steven Kull. “Meanwhile, voters from both parties have clearly identified a path forward.”

These four steps would eliminate 66% of the shortfall. In addition, 59 percent went further, entirely eliminating the cap on taxable earnings, which, together with the other steps, would completely resolve the shortfall.

Unlike a standard poll, Citizen Cabinet surveys take respondents through an online process called a ‘policymaking simulation’ that seeks to put them in the shoes of a policymaker, giving them essential information and presenting key arguments on both sides of each issue. The content of the simulation was vetted for accuracy and balance by Republican and Democratic congressional staffers, as well as experts from the National Academy of Social Insurance and the American Enterprise Institute.

Once the survey results are released, a public version of the policymaking simulation is posted at vop.org for anyone to try. Citizens are encouraged to go through the simulation and then share their recommendations with their congressional representatives at: http://research.cfrinc.net/vop16159pub/

The full questionnaire can be found at:
http://www.publicconsultation.org/wp-content/uploads/2016/10/SS2016_Quaire.pdf