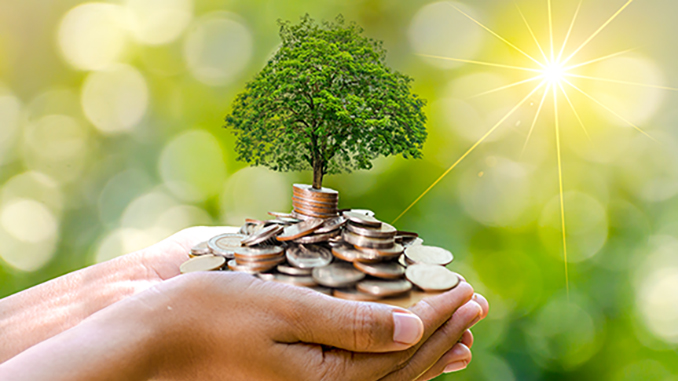 A new in-depth national survey finds that 62% of registered voters favor one of the few proposals for curbing greenhouse gas emissions that has support from both Republican and Democratic leaders — the carbon fee and rebate.

This proposal has been promoted by former Republican officials James Baker and the recent George Schultz as part of the Climate Leadership Council and was endorsed in a recent letter signed by over 3,500 economists, including dozens of Nobel Laureate winners, former Chairs of the Council of Economic Advisers, and former Chairs of the Federal Reserve Board, including both Republicans and Democrats.

The survey of 2,415 registered voters, conducted by the Program for Public Consultation at the University of Maryland, gave respondents a briefing on the proposal and had them evaluate arguments for and against. The content was reviewed by experts for and against the proposal to assure accuracy and balance and that the best arguments were being presented.

The proposal was approved by 62% of registered voters, including nearly nine in ten Democrats (87%) as well as 62% of independents, but just 32% of Republicans.

Majorities in very red (54%) to very blue (77%) districts were in favor, based on an analysis in which the sample was divided six ways according to Cook’s Partisan Voting Index for the respondents’ congressional district.

A controversial feature of some carbon fee and rebate proposals is to couple it with a provision to suspend many existing regulations limiting carbon dioxide emissions and put a moratorium on new such regulations as long as emission reduction targets are met. The rationale is to give energy companies leeway to adapt to the new costs of a carbon fee.

However this provision was not popular. Nationally, two thirds opposed it, including two thirds of Republicans and seven in ten Democrats.

Another controversy is whether some of the revenue from the carbon fee should be directed to purposes other than the rebate to consumers.  Respondents evaluated three proposals in S. 2284 and H.R. 4051, and were told about the impact on the amount of the rebate for each. All three received majority support, though it was not bipartisan.

Directing 5% to transition assistance for workers and communities affected by the carbon fee, particularly coal workers, was supported by 59% (Republicans 32%, Democrats 81%, independents 58%).

Directing 5% to research, development and deployment of clean energy technologies was supported by 54% (Republicans 28%, Democrats 77%, independents 51%).

Directing 20% to energy-efficient and climate-resilient infrastructure was supported by 57% (Republicans 36%, Democrats 76%, independents 54%).

The survey was conducted online with a national probability-based sample provided by Nielsen Scarborough from its larger sample of respondents, who were recruited by mail and telephone using a random sample of households.  It was fielded from Sept. 17 to Oct. 1, 2020.  The sample that evaluated the carbon fee and rebate plan included 2,415 registered voters and had a margin of error of +/- 2.0%.

Try the Policymaking Simulation Yourself:
https://vop.org/policymaking-simulations/carbon-fee-rebate/