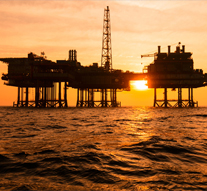 Respondents were told that among the 17 states that would be affected by the ban, in 15 of them the governors have requested a waiver that would keep the current drilling ban in place. Seventy-one percent of respondents favored granting these states such a waiver.

Residents of the 15 states in which their governors had requested the waivers were asked whether they approved of that request.  Seven in ten said that they did.

To ensure that respondents understood the issues, they were first given a briefing on the proposal and evaluated two arguments in favor and two arguments against the legislation. The content was reviewed by proponents and opponents of the proposal to ensure the briefing was accurate and balanced, and that the strongest arguments were presented.

Among the residents of the 15 coastal states in which the governor has requested a waiver, 88% of Democrats approved of the request as did 50% of Republicans.

The survey was conducted by the Program for Public Consultation (PPC) at the University of Maryland, with a sample of 2,003 registered voters and released today by the nonpartisan organization Voice of the People.

“Republicans seem to have mixed feelings, with majorities supporting both lifting the ban on oil drilling and allowing waivers to the 15 out of 17 states that do not want drilling off their coasts, but the public as a whole unambiguously opposes the Trump Administration’s move to ease the ban on offshore drilling,” commented Steven Kull, director of PPC.

A large bipartisan majority opposed another Trump administration proposal to lift the regulation requiring that oil drilling equipment be inspected by independent auditors certified by the federal government.

Respondents were told that after the 2010 oil spill in the Gulf of Mexico, by the company British Petroleum, a bipartisan presidential commission recommended higher safety standards and that outside independent auditors, certified by the federal government, but at company expense, conduct inspections to ensure companies’ compliance with the safety standards.  They were also told that these recommendations were adopted by the federal government.

Asked for their final recommendation, 74% opposed lifting the regulation requiring that oil drilling equipment be inspected by independent auditors certified by the federal government, including 68% of Republicans, 83% of Democrats and 66% of independents.

“The overwhelming bipartisan support for keeping this higher level of oversight suggests that the memory of the British Petroleum oil spill in the Gulf of Mexico has not faded in the public mind,” comments Kull.

Respondents also considered a proposal related to an existing fund that Congress created to cover the cost of acting quickly in response to an oil spill in the event the company that caused the oil spill does not have the means to pay for the cleanup or resists taking responsibility. They were told that while this tax has been renewed numerous times over the years, it has at times lapsed, and most recently was only renewed for one year.  They were then presented a proposal to renew the tax for a five-year period, and to raise the amount from 9 cents to 10 cents per barrel of oil.

The argument in favor was found convincing by nine in ten, while the argument against by just three in ten. Asked for their final recommendation, 85% approved of the proposal, including 78% of Republicans, 92% of Democrats, and 82% of independents.

The survey was conducted online from March 9-23, 2018 with a national probability-based sample of 2,003 registered voters, provided by Nielsen Scarborough from Nielsen Scarborough’s sample of respondents, who were recruited by mail and telephone using a random sample of households. The national sample has a margin of error of +/- 2.2%.