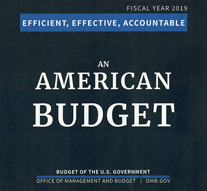 In a unique survey in which respondents made up their own Federal budget, majorities of both Republicans and Democrats nationwide converged on a combination of spending cuts and revenue increases that would reduce the deficit for 2019 by $128.4 billion.

In the survey, initiated by the nonpartisan organizations Voice of the People and Common Ground Solutions and conducted by the University of Maryland’s Program for Public Consultation (PPC), a random sample of 2,714 registered voters were presented actual discretionary spending for FY 2018 (broken into 31 line items), and sources of general revenues, actual and proposed. They were then given the opportunity to modify both spending and revenues, getting feedback as they went along about the effect of their choices on the projected deficit. Respondents were not instructed to reduce the deficit, and were able to both increase or decrease spending and revenues.

The biggest changes voters made were on the revenue side, with majorities of Republicans and Democrats agreeing on increases totaling $98.4 billion. This included rolling back by half, the new tax bill’s cuts in income taxes for those earning $500,000 or more, generating $16.6 billion in revenue. Alcohol taxes were increased to 25 cents per ounce of alcohol, generating $6.6 billion.

Most new taxes were aimed at Wall Street, including a new fee of 0.1% on financial transactions, such as the sale of stocks (generating $63 billion), a new fee on uninsured debt held by financial institutions ($10 billion), and eliminating the special treatment for hedge fund managers (known as ‘carried interest’), generating $2.2 billion.

“These results show that when Americans are given unbiased facts on issues – in ways that don’t try to sway them one way or the other – they often find common sense solutions to problems more easily than our elected officials,” said Common Ground Solutions Founder Howard Konar.

The sample was large enough to divide six ways, based on the partisan orientation of the respondents’ Congressional districts according to Cook’s PVI ratings.

Majorities in both very red and very blue districts, in reducing the deficit by $268.3 billion, agreed on $74 billion in spending cuts. Most notably, they reduced defense spending by $43 billion and Homeland Security by $14 billion.  They also agreed on $194.3 billion in revenue increases.  They rolled back, by half, the recent tax cuts for incomes of $200,000 up (generating $44 billion), and the cuts to corporate taxes (generating $50.5 billion). They rolled back the cut to the estate tax (generating $8 billion) and adopted a new tax on sugary drinks of one half a cent per ounce ($10 billion).

The overall national majority went further, cutting the deficit by $347.9 billion.  They reduced the base defense budget by $63 billion and Homeland Security by $19 billion, while increasing spending on K-12 education by $2 billion. In addition to the revenue changes supported by majorities in very red and very blue districts, they repealed the new tax law’s 20% deduction for owners of pass-through businesses ($47 billion) and completely rolled back the tax cut on incomes $1 million and up ($15.2 billion).

“Clearly Americans are concerned about the deficit and are ready to make some tough choices to bring it down—more than Congress is even ready to consider,” said PPC Director Steven Kull.

There were significant partisan differences. Republicans only cut $13 billion from the base defense budget, while Democrats cut $73 billion. Republicans cut $4 billion from Homeland Security, reducing it by $29 billion.  Republicans cut Medical research $3 billion, while Democrats did not favor a change.  Democrats raised spending on K-12 education, while Republicans made no change. Most Republicans did not join in on increases to corporate taxes and estate taxes, a new tax on sugary drinks, repealing the deduction for owners of pass-through businesses, a partial roll back on incomes $200,000-500,000, or fully rolling back taxes on incomes $1 million and up.

In the survey, respondents went through an online process called a ‘policymaking simulation’ that gives users information and seeks to put them in the shoes of a policymaker.  Respondents are provided a briefing, presented with pro and con arguments, and then asked to weigh-in with their specific budget and tax recommendations. The content was reviewed in advance by Congressional staffers from both parties and other experts to assure accuracy and balance.

The sample was provided by Nielsen Scarborough from its sample of respondents, recruited by mail and telephone using a random sample of households. The margin of error for the sample of 2,476 voters was (+/-) 2 percent.