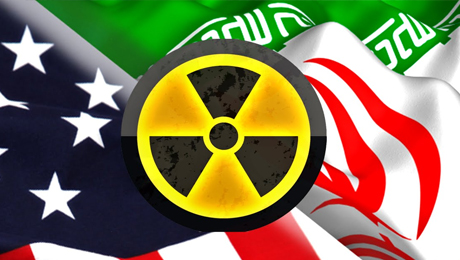 With the Donald J. Trump administration just a couple of weeks away from taking over the nation’s foreign policy, a new survey from the University of Maryland’s Program for Public Consultation (PPC) finds that nearly two thirds of Americans oppose withdrawing from the Iran nuclear deal and seeking to negotiate a better deal, as has been proposed by the president-elect.

“Though President-elect Trump campaigned on ripping up the deal and seeking to negotiate a better one, the majority of Americans would rather continue with the deal as long as Iran continues to comply with its terms.” said PPC Director Steven Kull.

Respondents were first presented the main terms of the deal that was negotiated between the UN Security Council (plus Germany) and Iran over its nuclear enrichment program and asked to evaluate arguments for and against withdrawing and seeking to renegotiate. Both arguments were found convincing by majorities. Six in ten expressed optimism that other UN members could be persuaded to join in the effort to renegotiate.

However, 69 percent said it was unlikely that Iran would agree to renegotiate the deal and make more concessions. This was a bipartisan perspective that included 64 percent of Republicans as well as 75 percent of Democrats.

When asked for their final recommendation, 64 percent recommended continuing with the deal as long as Iran continues to comply with the terms, while 34 percent opted for withdrawing and seeking to negotiate a better deal.

Interestingly, support for renegotiating was high among Republicans, though even among those who favored renegotiation, 57 percent said it was unlikely that the negotiations would succeed.

The survey was fielded December 22-28, 2016 with a sample of 2,980 adult respondents drawn from Nielsen-Scarborough’s probability-based national panel (which was recruited by mail and telephone using a random sample of households). The margin of error is +/- 1.8 percent.

The questionnaire can be found at: http://www.publicconsultation.org/wp-content/uploads/2017/01/US_Role_in_World_Quaire-IRAN.pdf

2017-01-06
Previous Post: Palestine and Israel in the shadow of the election: What do Americans want Obama and Trump to do?
Next Post: Americans Overwhelmingly Support Cooperative International Engagement But Want US to Play a Less Dominant Role