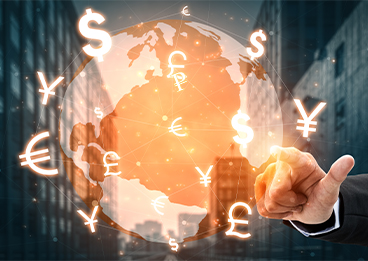 While federal law prohibits foreign entities from spending money to influence elections, the Federal Elections Commission ruled last year that the law does not apply to ballot measures. States can prohibit foreign funding of ballot measures, and seven states have done so. Federal legislation prohibiting any foreign spending to influence ballot measures has been introduced by both Democrats and Republicans and is pending in Congress.

In an innovative survey of 2,702 registered voters by the Program for Public Consultation (PPC) at the School of Public Policy at the University of Maryland, respondents went through a “policymaking simulation” designed to put citizens in the shoes of policymakers. Voters were given a briefing on the proposal, asked to evaluate pro and con arguments and then to make their final recommendation. The content was reviewed in advance by experts from both sides for accuracy and balance and to ensure the best arguments were being presented.

“Broadly, Americans across all political affiliations agree that foreign individuals, governments, and other entities should not interfere with US ballot measures,” commented PPC Director Steven Kull.

The survey was conducted online from January 27 – February 28, 2021 with a probability-based sample of 2,702 registered voters and had a margin of error of +/- 1.9%. The sample was provided by Nielsen Scarborough from its larger sample of respondents, who were recruited by mail and telephone using a random sample of households. The congressional district analysis was conducted by dividing the sample six ways, depending on Cook’s Political Report PVI ratings of the partisan orientation of the respondent’s Congressional district.