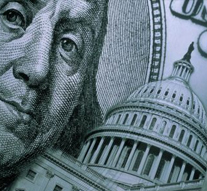 In an innovative survey of Rochester voters that gave respondents the opportunity to make changes to the discretionary federal budget and federal taxes, a majority of Republicans and Democrats converged on steps to reduce the deficit by $251.3 billion, making significant changes on spending and taxes.

The survey, part of a joint project of the nonpartisan organizations Common Ground Solutions and Voice of the People, was conducted by the University of Maryland’s Program for Public Consultation with a representative sample of 414 registered voters in New York’s 25th Congressional District, which covers the greater Rochester area.

Today in Rochester, local residents gathered at the Democrat and Chronicle to take the same survey, in person, and be part of a discussion of the issues led by the leaders of the sponsoring organizations.

“With Congress so polarized that it cannot effectively negotiate, our tax and spending policies are hostage to gridlock,” said Howard Konar, director of Common Ground Solutions and Rochester resident. “This survey shows our elected leaders that Republicans and Democrats can find common ground, and that it’s time for them to come together.”

The survey was conducted with a unique online instrument, called a ‘policymaking simulation,’ that aims to put the public in the shoes of policymakers.  Respondents were presented discretionary spending levels for FY2017 & FY2018, current sources of general revenues and proposals for new ones.  They were given the opportunity to propose changes to spending areas and specific revenue sources for FY2019, getting constant feedback on how their choices affected the projected deficit.

Anyone can participate in the interactive policymaking simulation that lets them make changes to tax and spending levels as they see fit.  The simulation is available at http://vop.org/budget.

“This survey gives everyone a tool to make their voice heard,” said Konar, “and shows our leaders that there are common ground solutions to our hardest problems.”

Majorities of Republicans and Democrats converged on $65 billion in spending cuts. The deepest cut was $47 billion in defense spending, followed by a $9 billion reduction to Homeland Security, a $3 billion cut to the Department of Justice’s enforcement of laws, $2 billion to operations in Afghanistan and Syria, as well as other smaller cuts.

The biggest changes, though, were on the revenue side, with majorities of both Republicans and Democrats converging on a total of $186.3 billion in tax increases. These included:

“Clearly Americans are concerned about the deficit and are ready to make some tough choices to bring it down—more than Congress is even prepared to consider,” said Steven Kull, President of Voice of the People.

The overall majority of survey respondents (though not a majority of both Republicans and Democrats) also took a number of additional steps and generating additional revenue, including:

All told, the overall majority reduced the deficit by a total of $389.9 billion, with $104 billion in spending cuts and $285.9 billion in revenue increases:

The sample included a representative sample of 414 registered voters from New York’s 25th Congressional district, which covers the greater Rochester area. The sample was provided by Precision Sample and Survey Sampling International from their opt-in internet panels.