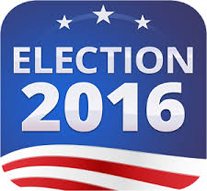 While there is much post-election interest in a small demographic of voters who shifted from voting for Barack Obama to Donald Trump, an in-depth study conducted in the midst of the election finds that Trump’s victory was buoyed by a broad-based, nearly universal crisis of confidence in how the federal government makes decisions.

The central critique voters express is not about policy or ideology: it is that government ignores the people – both their interests and their views – in favor of special interests, campaign donors, and their parties. Among Trump supporters, these views are especially intense.

The study of 2,411 registered voters was conducted by University of Maryland’s Program for Public Consultation (PPC), fielded by Nielsen Scarborough and released today by Voice Of the People.

This profound dissatisfaction with government has reached new heights in response to longstanding trend line questions. Asked whether government ‘is run for the benefit of all the people’ or is ‘pretty much run by a few big interests looking out for themselves’ in the 1960s only a minority said that it was run by big interests. In recent years this number has risen to eight-in-ten. In the current study this leapt to an unprecedented 92 percent. Among angry Trump supporters, 99 percent said the government is run for big interests, rather than the people.

“Trump effectively mirrored back to voters what they have been saying for years, that they feel like they are being ignored in a system dominated by special interests,” said PPC Director Steven Kull, who directed the survey. “That he said he was self-financing and was denounced by leaders in his own party, strengthened his claim that he was independent and capable of shaking up the system.”

Trump has stated, “We are fighting for every citizen that believes that government should serve the people, not the donors and not special interests.” And, “I am working for you.”

To that end, nearly eight-in-ten, including both Clinton and Trump supporters, favored establishing large representative, scientifically-selected citizen advisory panels to get briefed on the issues government is facing and provide their recommendations directly to Congress.

This public demand for a greater voice, which PPC has been studying for more than 15 years, led to the establishment of Voice Of the People, and its campaign effort to create a citizen advisory panel, called a Citizen Cabinet, in every congressional district and state.

Other ideas for reforming government also received robust support. More than eight-in-ten favored reducing the amount of money flowing into politics. Three quarters favored having citizens or judges do congressional redistricting to counter political gerrymandering. Large majorities agree that members of Congress stay in office too long because there are no term limits.

Asked to, ‘Imagine the Founders of the American republic were somehow able to observe how the U.S. government is operating today’ and to say how well they would think ‘the U.S. government is fulfilling the vision they had’ more than eight-in-ten said not very well (35 percent) or not well at all (49 percent). Among Trump supporters the numbers saying not well at all was even higher at 69 percent.

“At present the American people are questioning the legitimacy of the U.S. system of government,” Kull added. “Unless elected officials find a way to restore voter confidence that their views count more than special interests, their frustration is likely to boil over in a variety of ways.”

The report can be found at: http://vop.org/wp-content/uploads/2016/11/Dissatisfaction_Report.pdf

The questionnaire can be found at: http://vop.org/wp-content/uploads/2016/11/Dissatisfaction_Quaire.pdf

2016-11-18
Previous Post: American Politics, Race, and Foreign Policy
Next Post: Palestine and Israel in the shadow of the election: What do Americans want Obama and Trump to do?