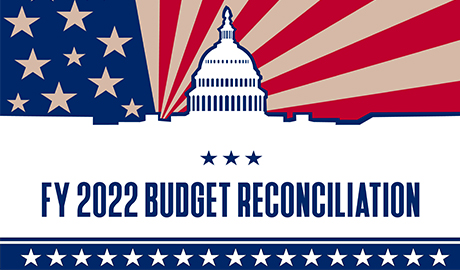 In a comprehensive analysis of polls on major proposals in the proposed reconciliation budget—related to health care, the environment, education, safety net programs and more—all 33 receive majority support, in most cases large majorities.

The analysis was conducted by the Program for Public Consultation (PPC) of the School of Public Policy at the University of Maryland.  Sixteen proposals were tested using PPC’s in-depth survey method in which respondents are briefed on the proposal and evaluate arguments for and against before coming to their conclusions.  The content is reviewed in advance by experts who are proponents and opponents of the proposals to ensure that the briefing is accurate and balanced and that the arguments are the strongest ones being made.

“Clearly there is far more common ground in the public than there is in Congress, “ commented Steven Kull, director of PPC and the primary investigator for the analysis.

Among the proposals to receive bipartisan support, the largest number are in the issue areas of health care and the environment. For health care, bipartisan majorities support expanding Medicare coverage to include dental, vision and hearing; allowing Medicare to negotiate drug prices directly with pharmaceutical companies; expanding home health care services and support for home care workers; and providing health insurance to low-income families in states that have not expanded Medicaid. A majority of voters support lowering the Medicare eligibility age to 60, and more Republicans support that proposal than oppose it.

Bipartisan majorities support providing most undocumented immigrants with lawful permanent status and a path to citizenship. However, Republican majorities are supportive only when they are provided more complete information about the process and the requirements entailed in gaining legal status, or if the question is about immigrants brought to the US as children, also known as Dreamers.

For three tax-related proposals, majorities are in favor, with Republicans roughly divided or variable depending on the survey question. Majorities favor raising the corporate tax rate, and for extending the pandemic-relief reforms made to the Child Tax Credits, which increased the amount of the credit and the number of parents eligible for the maximum amount.  For both proposals, Republicans are roughly divided.

A large bipartisan majority agree in principle that the wealthy should pay higher taxes and favor raising specific taxes on the wealthy in a context that highlights the budget deficit.  However, Republicans are divided when it comes to raising taxes on the wealthy in support of infrastructure spending.  While a two-thirds majority favors increasing the IRS’ budget to bolster tax enforcement, particularly on those making over $400,000, a majority of Republicans are opposed.

Majorities support a number of proposals related to families and those with low incomes, while Republican views are mixed.

A majority supports increased federal investments to build more affordable housing, and more Republicans support that proposal than oppose it.

An overall majority supports subsidizing childcare so that low-income families do not pay anything and middle-income families pay no more than 7% of their income. For Republicans, a plurality is in favor when the idea is presented in a standard poll, but when they are briefed and evaluate competing arguments, a majority is opposed.

An analysis of different age groups was conducted when the data was available. Among Republicans aged 18-34, support for the budget reconciliation proposals was substantially higher than for Republicans in general. A majority of Republicans aged 18-34 were in favor of six of the proposals that do not have majority Republican support. These include: paid family and medical leave, subsidizing childcare, free preschool programs, additional SNAP benefits for children during the summer, tax credits for used electric cars, and bolstering the IRS’s tax enforcement.