Republicans and Democrats Agree on How to Slash Deficit $52 Billion 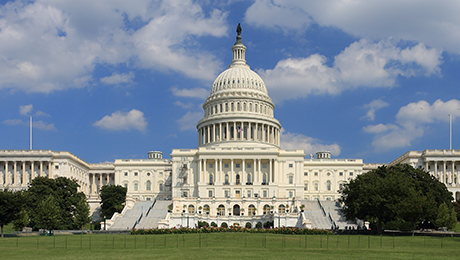 As the announcement of President Obama’s FY2017 budget draws near, a new, national survey finds majorities of Republicans and Democrats agreeing on cuts in spending and increases in revenues that would reduce the projected deficit by $52 billion. In the in-depth ‘Citizen Cabinet’ survey, respondents were presented the President’s FY 2016 budget and sources of general revenues, and then given the opportunity to propose their own federal budget. The probability-based online sample included nearly 7,000 registered voters, with subsamples for California, Florida, Maryland, New York, Ohio, Oklahoma, Texas and Virginia. The results were released today by Voice Of the People.

“Many members of Congress are quick to blame the public when they fail to make hard choices,” said Steven Kull, director of the University of Maryland’s Program for Public Consultation and the survey’s director. “However this in-depth survey shows that voters in both parties can make hard choices and that Republicans and Democrats can find common ground.”

Majorities converged on $10 billion in spending cuts including cuts to subsidies to agricultural corporations ($3 billion), the space program ($1 billion), and cuts of $1 billion each to defense intelligence, operations in Iraq and Afghanistan, military aid, the State Department, aid to countries of strategic interest, and enforcement of Federal laws. No spending areas were increased by majorities from both parties.

Additional revenue increases totaling $28.4 billion were recommended by majorities overall, by Democrats and independents, and by half of Republicans. These included another proposal from the President’s FY 2016 budget to raise the top tax rate on capital gains and dividends from 23.8 to 28 percent (65 percent overall, 80 percent Democrats, 50 percent Republicans) yielding $22 billion in deficit reduction. Increasing the alcohol tax to 25 cents per ounce was endorsed by 56 percent (Democrats 62 percent, Republicans 50 percent), yielding $6.4 billion.

The survey was conducted by the Program for Public Consultation, School of Public Policy, University of Maryland and was fielded September 17 – December 14, 2015.

The Citizen Cabinet panel was drawn from Nielsen-Scarborough’s probability-based national panel, which was recruited by mail and telephone using a random sample of households. Additional panelists were recruited by Communications for Research. The margin of error for the national sample was +/- 1.4 percent; for the states it ranged from +/- 4.0 percent to +/- 5.1 percent.

Unlike a standard poll, Citizen Cabinet surveys take respondents through an online process called a ‘policymaking simulation’ that gives respondents information and seeks to put them in the shoes of a policymaker. The content of the simulation was vetted for accuracy and balance by both minority and majority congressional staffers from the budget committees in the House and Senate.

In this simulation, a representative panel of 6,949 registered voters were presented the administration’s proposed 2016 discretionary budget (broken into 31 line items), and actual and proposed sources of federal general revenue and the projected deficit. They were given the opportunity to make changes to spending and revenues as they saw fit. A bubble followed them giving constant feedback about the effects of their changes on the projected budget deficit.

Changes proposed by the overall majority went much further than the areas of bipartisan convergence. The overall majority reduced the deficit by $277.6 billion, led by Democrats and even more so independents. In addition to cuts in defense spending and some small cuts in a number of other areas, majorities increased taxes by 10 percent on income over $1 million (54 percent), a tax on sugary drinks (54 percent), a financial transactions tax (55 percent), and a 5 percent increase in corporate taxes (51 percent).

The largest revenue increase came from a new tax on carbon dioxide emissions that has been developed by the Office of Management and Budget that would increase energy costs $5 a month for the average household and generate $100 billion in revenue. This plan was endorsed by 56 percent including majorities of Democrats (75 percent) and independents (52 percent), but not Republicans (36 percent).

Though they were not asked to try to address the limits of the Budget Control Act (which triggers sequestration in the event of overages), changes endorsed by the overall majority would easily eliminate the $75 billion overage of the president’s proposed FY2016 budget, while the changes agreed on by majorities of both parties would eliminate most, but not all, of the sequester overages.

Anyone can try the survey at: http://research.cfrinc.net/vop15265pub/

The report can be found at: http://vop.org/wp-content/uploads/2016/02/Federal_Budget_Report.pdf

The questionnaire can be found at: http://vop.org/wp-content/uploads/2016/02/Federal_Budget_Quaire.pdf

2016-02-04
Previous Post: What Americans (especially Evangelicals) think about Israel and the Middle East
Next Post: Americans Not Sold on Defense