What Americans (especially Evangelicals) think about Israel and the Middle East 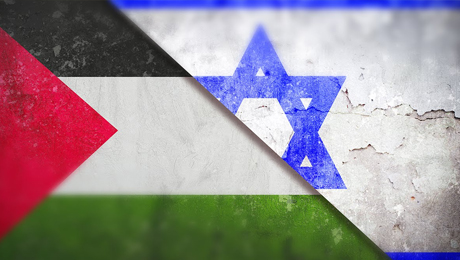 Views of Israel’s Prime Minister Benjamin Netanyahu also vary dramatically. Among the general public just 32 percent have a favorable view of Netanyahu, as do 47 percent of non-Evangelical Republicans. Favorable views rise to 66% among Evangelicals.

When asked, in an open-ended question, to name a national leader they most admire 22 percent of Republican Evangelicals chose Netanyahu, far more than any other leader. Among Non-Evangelical Republicans 9 percent named Netanyahu and 6 percent for the public as a whole.

“There are of course partisan differences on Middle East policy in American public attitudes, but what’s most striking is that much of the differences between Republicans and the national total disappears once one sets aside Evangelical Republicans, who constitute 10% of all Americans” said Shibley Telhami, the poll’s principal investigator. “The Israel issue in American politics is seen to have become principally a Republican issue, but in fact, our results show, it’s principally the issue of Evangelical Republicans.”

One possible explanation for Evangelical Republicans’ attitudes is their religious views. Sixty-six percent of Evangelical Republicans say that for the rapture or Second Coming to occur it is essential for current-day Israel to include all the land they believe was promised to Biblical Israel in the Old Testament, with 35% holding this view strongly.

The poll was sponsored by the Sadat Chair at the University of Maryland, and conducted in cooperation with the University’s Program for Public Consultation, and released at the Brookings Institution. It was fielded by Nielsen Scarborough November 4-11, 2015, among a nationally representative sample of online panelists of 875, plus an oversample of Evangelicals/Born-Again Christians of 863. The margin of error is 3-4%.