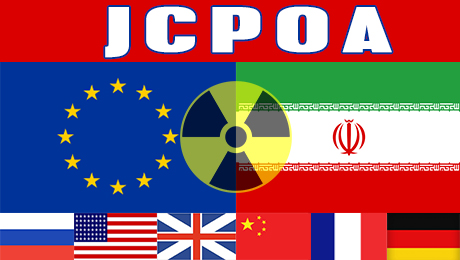 The Trump administration’s maximum pressure campaign against Iran creates an almost existential dilemma for European leaders. Should they redouble efforts to engage with Iran to protect the value of multilateral diplomacy and preserve as much of the 2015 nuclear deal as possible? Or, should they prioritize their relationship with the United States and reimpose sanctions in hopes that Iran will agree to even stricter limits, not only on its nuclear program, but also on its ballistic missile development and regional activities?

The current European strategy seeks to keep Iran in the nuclear deal without angering the United States using the nuclear deal’s dispute resolution process. Surveys of Iranian public opinion conducted by the University of Maryland suggest that this is likely to backfire. Instead, European political leaders should redouble their efforts to deliver the economic benefits that Iranians expected when they signed the Joint Comprehensive Plan of Action (JCPOA), even at the risk of upsetting the United States. Bold European leadership offers the best hope of sustaining nuclear restraint by Iran and nonproliferation diplomacy writ large.

Iranians Have Lost Confidence in Europe as a Reliable Diplomatic Partner

With support for the JCPOA down from 76 percent after the deal was signed to 42 percent in late 2019, Iranian disillusionment with the agreement also reflects disappointment with Europe for failing to deliver promised benefits. During negotiations, the public prioritized ending U.N. sanctions over lifting unilateral U.S. sanctions by a 51% to 28% margin. When the deal was signed, Iranians were much more confident that the U.N. Security Council would lift nuclear-related sanctions (90%) than they were about U.S. sanctions relief (66%). By December 2019, only 22% remained confident that other signatories besides the United States would honor their obligations.

After U.N. and E.U. sanctions were lifted, few average Iranians saw tangible economic benefits from nuclear diplomacy. In January 2018, three in four said that “peoples’ living conditions have not improved” as a result of the JCPOA. Solid majorities thought that Iran’s general economic situation was bad (69%) and getting worse (58%).

Domestic mismanagement and corruption shouldered much of the blame, but almost a third still saw foreign sanctions as the main problem. Almost three quarters said then that European countries were moving slower than they could to trade and invest with Iran, with the vast majority of them citing pressure or fear of the United States as the main reason for European reluctance, not Iran’s own weak business environment. When asked recently about European efforts to protect companies that trade with Iran from U.S. secondary sanctions, 48 percent did not believe European governments were taking such steps, 26 percent called them “too little, too late,” and only 22 percent said they were helpful.

The re-imposition of US sanctions has not actually increased economic pessimism. In December 2019, 73% said the economy was bad and 56% thought it was getting worse—about the same as two years earlier. Fifty-six percent blamed the bad economy primarily on domestic mismanagement and corruption, while 39% blamed sanctions. This undercuts the Trump administration’s claim that protests following the government’s surprise decision to double fuel prices show sanctions are causing economic unhappiness to rise rapidly, so the Iranian regime must meet a long list of U.S. requirements for sanctions relief, or face a popular revolution.

Iranians want their government to push back against foreign pressure, not cave to it, or turn the other cheek. After U.S. withdrawal from the JCPOA, 60 percent said in May 2019 that Iran should withdraw, too, rather than remain committed along with the other P5+1 countries. The Rouhani government pursued the latter course of action for a year, then started to incrementally exceed some JCPOA limits in an effort to get other signatories to provide more of the promised benefits. That policy was much more popular (74% approval in October 2019) than the previous wait-and-see approach. Comparable numbers favored tit-for-tat responses to other forms of foreign pressure, including violations of Iranian airspace and water, and attacks on Iranian vessels and planes.

Despite economic unhappiness, public support for additional nuclear concessions remains low. In October 2019, after a series of more stringent U.S. sanctions had taken effect, only 4 percent of survey Iranians said Iran should accept U.S. demands for a longer-duration agreement, only 35 percent approved of that in return for greater sanctions relief than the JCPOA offered, and 58 percent remained unconditionally opposed to a longer agreement. The 48 percent of respondents who said that sanctions have had a great negative impact are no more willing to extend the duration of JCPOA limits than those who say sanctions have had some, little, or no negative effect. These numbers mirrored Iranian responses when the same questions were asked in 2016 after Trump’s election.

During January and February 2020, the United States assassinated Iran’s top military leader; Iran announced that it no longer felt bound by the JCPOA’s limits on its centrifuges and stockpiles of low-enriched uranium; and Britain, France, and Germany invoked the JCPOA’s dispute resolution process. CISSM has not fielded a survey in Iran since these events. Based on previous data, though, we can say that the Iranian public is not likely to support their country returning to full compliance unless the other parties do much more to deliver the promised benefits.

Given General Soleimani’s tremendous popularity (82% favorability rating, the highest of any prominent figure we asked about in August 2019) and his centrality to Iran’s security strategy, the government’s response to date has been remarkably restrained. Iran has not actually taken any additional steps that exceed JCPOA limits since announcing that it was suspending its commitments.

What Should Europeans Do Now?

European leaders should not give up on diplomacy, despite its difficulty. Imposing punishing sanctions on Iran when it complied fully with the JCPOA long after the U.S. had withdrawn would violate European values and kill what remains of the nuclear deal. Instead, Europeans should redouble their efforts to deliver the economic benefits that Iranians expected when they signed the JCPOA.

While the E3 have started the dispute resolution process, they have avoided a rapid time schedule and promised not to reimpose multilateral sanctions unless Iran moves further beyond the JCPOA limits. However, the E3 have yet taken concrete steps to facilitate the kinds of economic interactions with Iran that were legitimized by the JCPOA.

Europeans need to take concrete steps to revive Iranian confidence that nuclear restraint will be rewarded with economic cooperation. In October 2019, 49 percent of Iranians surveyed supported Iran’s return to full compliance with the agreement if Europeans made specific commitments to increase trade and investment. Seventy percent would approve if European leaders also convinced the United States to allow Iran’s main oil customers to resume purchases.

The best way to work toward a “better” deal than the JCPOA would be to show Iranians that if they hold up their end of a bargain, Europe and other world powers will, too. Fifty-four percent of Iranians said in December 2019 that if Europe significantly increased it investment and trade with Iran and the United States returned to full compliance with the original deal, then Iran should agree to negotiate a broader agreement covering its nuclear, missile, and regional military activities. Recent events have probably not helped those numbers, but that’s all the more reason to accelerate European efforts.

2020-03-03
Previous Post: Iranian Public Opinion under ‘Maximum Pressure’
Next Post: Americans Favor Major Increases in US Aid Toward Sustainable Development Goals, If Other Countries Do Their Part as Well