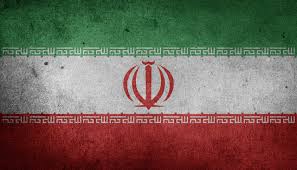 1.    Current Views of the JCPOA
For the first time, less than half of Iranians approve of the nuclear deal and a majority lacks confidence that the other P5+1 countries besides the U.S. will keep their obligations under the nuclear deal.  About three in five say that Iran should withdraw from the JCPOA.

A large majority supports the Iranian government’s new policy of gradually exceeding some JCPOA limits and threatening withdrawal unless other P5+1 countries do more to allow Iran to benefit from the agreement. This new policy is significantly more popular than the previous wait-and-see policy.  While a quarter look positively on European efforts to create channels for trade with Iran, a clear majority either thinks such efforts are not really taking place or are too little, too late.

2.    Attitudes toward Renegotiating the Nuclear Deal
Opposition to renegotiating provisions of the deal that the Trump administrations finds particularly objectionable have hardened since U.S. withdrawal. Three quarters now oppose ending all enrichment under any circumstances.  Fifty-eight percent oppose extending the duration of the JCPOA just to get U.S. nuclear-related sanctions lifted, while thirty percent would extend it if additional sanctions were lifted. The Iranians hardest hit by sanctions are no more supportive of concessions than the population as a whole.

Potential military action further hardens attitudes. Most think that if the United States were to attack Iran’s nuclear facilities, Iran should respond by rebuilding and expanding its program.  Diplomatic overtures could get a more positive reception under the right circumstances. Three-quarters of Iranians would approve of their government talking to the Trump administration in a multilateral forum after the United States had returned to the JCPOA. With the United States back in the nuclear deal, a majority would also be open to broader negotiations covering Iran’s nuclear program, its ballistic missile development, its military activities in the Middle East, and all remaining sanctions on Iran.

3. Attitudes Toward Other Security Challenges
The public’s doubts about the value of trying to addressing other contentious issues through diplomacy and mutual compromise has grown.  On the JCPOA, seven in ten now think the experience shows it is not worthwhile for Iran to make concessions, because other powers will not follow through—up from two thirds in January 2018.  Four in ten believe that signing the JCPOA at the time was the right thing to do, but a fifth think Iran should have held out for a better deal and a third think Iran should not have negotiated over its nuclear program at all.

On Iran’s ballistic missile program, a majority says the issue is non-negotiable, and three in five view the program as an effective deterrent.  Those open to negotiating on Middle Eastern regional issues have dropped to four in ten.  A large majority thinks Iran should act punitively whenever there is evidence of violation of Iranian territory or an attack on an Iranian vessel or aircraft, and not prioritize avoiding a wider conflict.

A three-in-five majority continues to support keeping Iranian military personnel in Syria—essentially unchanged from three years ago.  Three in four think that even if Iran were to halt the IRGC’s activities in Syria and Iraq, there would either be little effect on U.S. relations, or the United States would try to extract more concessions through sanctions.  When asked to choose between building up Iran’s power in the region or seeking to negotiate mutually acceptable solutions, there is no majority position among Iranians, but slightly more prefer building up Iran’s power.  A large majority perceive recent attacks on Saudi refineries as justified.

At the same time, majorities remain positive about some international agreements and proposals.  Three quarters say Iran’s joining the Non-Proliferation Treaty (NPT) was a good idea.  As in the past, two thirds would favor a nuclear weapons-free zone in the Middle East that would include both Islamic countries and Israel.

4.    Views of the United States
Over four in five express negative attitudes toward the United States—the highest level recorded in 13 years, including during the Iraq War.  A clear majority now has the perception that the United States did not fulfill its JCPOA obligations even before the Trump administration.

Majorities experience that there are fewer imported medical and humanitarian goods available compared to a year ago, and believe that the United States has a policy of blocking these goods.  Asked to think whether, if a different U.S. president is elected in 2020, the United States might return to the JCPOA, more think this unlikely than think it likely.

5.    Views of Other Countries and Organizations
Majorities have favorable views of Japan, Germany, Russia, and China, while less than half feel this way about France.  An increasing majority views the United Kingdom unfavorably.  Favorability of the United Nations has fallen below half, while a slight majority views the International Atomic Energy Agency positively. A plurality thinks Iran should try more to strengthen its diplomatic and trade relations with Asia than with Europe.

6.    Iran’s Economy
Seven in ten view the economy as bad. This is about the same as attitudes at the start of 2018, before the United States started to reimpose sanctions.

The focus of economic concerns, however, has changed sharply from unemployment to inflation.  While a majority still say domestic mismanagement and corruption have the greater negative impact on the economy, the percentage blaming sanctions is increasing.  Seven in ten prefer striving for self-sufficiency over attempts to increase international trade, and three in five oppose the idea of privatizing some state-owned enterprises.

7.    Attitudes on Corruption
A clear majority of Iranians feel that the nation’s economy is not being run for the benefit of all the people.  A majority thinks Rouhani’s administration is trying only a little or not at all to fight corruption, and fewer than three in ten say it has increased its efforts over the last year.  The judiciary—headed since March 2019 by Raisi, a conservative who ran against Rouhani in 2017—receives much better marks, with over seven in ten saying it is trying to fight corruption, and three in five saying its efforts have increased since last year.  Majority perceptions of the judiciary’s resolve against corruption grew sharply from May to August, as did the favorability ratings of Raisi.

8. Views of Political Figures
General Soleimani remains the most popular Iranian public figure among those tested, with eight in ten viewing him favorably.  Second is Foreign Minister Zarif, viewed favorably by two thirds.   Ebrahim Raisi—who ran unsuccessfully for president in 2017 and was made the head of Iran’s judiciary in March 2019—has seen significant growth in popularity since May and is now viewed favorably by nearly two thirds.  For the first time, a little under half of Iranians view President Rouhani favorably.  Mohammad Ghalibaf, ex-mayor of Tehran—who also ran for president in 2017 but stood down in favor of Raisi—is favorably regarded by three in five.  Ex-president Ahmadinejad is seen favorably by a modest majority.  As in the past, a large majority says it expects to vote in the Majlis elections coming in February 2020.

9. Views of the Revolutionary Guard
Majorities are broadly supportive of the IRGC. Four in five say the IRGC’s activities in the Middle East have made Iran more secure—a view that has increased since May.

At home, three in five say the IRGC performed very well in its emergency response in the severe March-April floods.  Asked whether the IRGC should be less involved in construction projects and economic matters, only three in ten agree.

10. Climate and Weather issues
Well over four in five Iranians are concerned that they will be personally harmed by global climate change.  Even in the current economic contraction, almost two thirds say they want the government to place a higher priority on protecting the environment.  (Severe March and April floods after years of drought conditions may have played a role in responses.)

Asked about organizations’ work in emergency response to the floods, Iranians gave their highest marks to the Iranian people themselves—followed by the Red Crescent Society, the military, and the IRGC.  Lowest marks went to international aid organizations.

11. Media and News Consumption
Domestic television channels are a news source for three quarters of Iranians, though the audience has declined slightly since January 2018.  Two thirds find their news on the internet, and this practice has been growing.  Two thirds use social networking apps for news.  After these, satellite television programs and newspapers lag far behind.  The numbers of people relying on domestic television as well as VOA and BBC news programs have declined significantly since the rise of social media in Iran.

Published by: School of Public Policy, University of Maryland