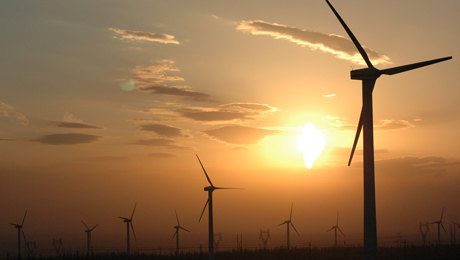 As world leaders convene in Washington for the Climate Action 2016 summit, a new Citizen Cabinet survey finds that large bipartisan majorities of voters favor steps to reduce carbon dioxide and other greenhouse gases. The probability-based, online representative sample included more than 4,000 registered voters across the United States. The survey, conducted by the Program for Public Consultation, School of Public Policy, University of Maryland (PPC), was released today by the nonpartisan group, Voice Of the People.

Equally large majorities favor requiring higher fuel efficiency standards for light cars and trucks (73 percent), and heavy duty vehicles (71 percent), and requiring electric companies to have a minimum portion of their electricity come from renewable sources (74 percent). Republican support for these range from 56 to 57 percent, while for Democrats, it’s 84 to 89 percent.

“Voters in both parties are ready to take concrete steps to reduce carbon emissions,” said PPC Director Steven Kull, who directed the study.

Seventy-one percent approve of the U.S. participating in the international agreement recently negotiated in Paris and signed in New York on April 22, by which the U.S. has agreed to pursue the goal of reducing its greenhouse gases by 26-28% below 2005 levels by 2030, or about 2 percent per year. Among Republicans a slim majority (52 percent) approves, but 61 percent say the agreement is at least tolerable. Democrats approve overwhelmingly (89 percent) as do independents (66 percent). Support is especially high among 18-24 year olds, who favor it by 81 percent, while those 65 and over have the lowest level of support at 65 percent.

Americans generally show concern for the impact of the Clean Power Plan on coal workers. Two-thirds favor government assistance to help coal workers who lose their jobs (59 percent Republicans, 78 percent Democrats). However, only 44 percent favor government support for carbon sequestration for coal-fired plants, which would reduce their emissions by storing them underground.

Support for reduction of carbon dioxide appears to be driven by concerns about the health effects of air pollution as much or more than concerns about climate change. While carbon dioxide does not have a direct effect on health, steps that reduce carbon dioxide also reduce soot and smog, which do have negative health effects. Seventy-four percent say that it should be a high priority to reduce air pollution from energy production that has negative health effects (Republicans 51 percent, Democrats 93 percent), while 70 percent say it should be a high priority to reduce greenhouse gases (Republicans 44 percent, Democrats 91 percent).

In addition to carbon dioxide, large majorities approve of measures to reduce other greenhouse gases. Seventy-seven percent approve of tax credits for building biogas facilities on farms, which would reduce methane, while the same percentage also favors requiring businesses to gradually replace hydrofluorocarbons with alternative refrigerants.

The Citizen Cabinet panel of 4,394 respondents was drawn from Nielsen-Scarborough’s probability-based national panel, which was recruited by mail and telephone using a random sample of households. The margin of error is +/- 1.6 percent. The survey was fielded April 16–26, 2016.

Unlike a standard poll, Citizen Cabinet surveys take respondents through an online process called a ‘policymaking simulation’ that seeks to put them in the shoes of a policymaker; giving them essential information and presenting key arguments on both sides of each issue. The content of the simulation was vetted for accuracy and balance by Republican and Democratic congressional staffers, as well as experts from the Environmental Protection Agency, the U.S. Chamber of Commerce, the World Resources Institute and the University of Maryland’s School of Public Policy.

The full report can be found at: http://www.publicconsultation.org/wp-content/uploads/2016/05/Energy-Survey.pdf

The full questionnaire with frequencies can be found at: http://www.publicconsultation.org/wp-content/uploads/2016/05/Energy-Quaire.pdf