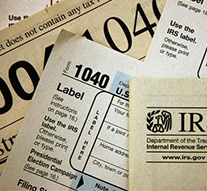 The study, conducted by the University of Maryland’s Program for Public Consultation (PPC), was released by Voice of the People, a nonpartisan organization seeking to give citizens a greater voice in public policy.

The sample of 2,637 registered voters was large enough to make it possible to divide the sample six ways according to the partisan dominance of the respondent’s district, ranging from very red (Republican) to very blue (Democrat), based on Cook’s PVI ratings.

The study used an advanced survey method in which respondents were given briefings on the key proposals in the tax reform bills and evaluated arguments for and against each proposal.  The survey content was reviewed by experts who favor and oppose the proposed tax reform plan, to ensure accuracy and balance, and that the strongest arguments were presented for and against each proposal.  Steven Kull, director of PPC, commented, “Unlike most current standard polls on tax reform, which have large percentages declining to answer, in this survey nearly all respondents formulated responses.“

On the proposal to reduce the top corporate tax rate from 35 percent to 20 percent (in both the House and Senate bills), for the national sample 60% were opposed, including 80% of Democrats and 67% of independents.  Sixty-five percent of Republicans favored the proposal, but majorities opposed it in the red districts, including 57% in the very red districts.

Sixty nine percent, including 55% of Republicans, opposed the Senate bill’s complete elimination of the deductions for state and local taxes (SALT), as did 62% in very red districts. The House bill’s plan for cutting SALT, which preserves the deduction for $10,000 in property taxes, was rejected by a smaller majority (61%), In this case 56% of Republicans were in favoring, however in very red districts 57% were opposed.

The least popular proposal was one that appears in both the House and Senate bills, establishing a territorial tax system which would eliminate the corporate income tax on profits made by subsidiaries in other countries.  Though they heard the arguments that this would make US corporations more competitive and encourage repatriation of profits, 68% opposed the idea. Republicans overall were divided, but in very red districts 57% were opposed.

As it is not feasible to have respondents sort through the complexities of the many changes in rates and deductions, respondents were asked to propose the net level of taxes for each income bracket after deductions, i.e. the effective tax rate.  They were presented the current effective tax rate for each income bracket and given the opportunity to propose what they thought it should be.

Several proposals elicited divided responses overall, with sharp partisan divisions that carried over into the districts as well.  Setting a new top tax rate of 25 percent for pass-through businesses (as called for in the House bill) was favored by 49% and opposed by 50%, with three quarters of Republicans in favor and three quarter of Democrats opposed.  Very red districts were in favor (56%), while very blue districts were opposed (60%).  The Senate bill lowers the rate even further.

Allowing immediate expensing of business investments for a five-year period (as called for in the House bill) was favored by 50% and opposed by 49%, with 74% of Republicans in favor and 72% of Democrats opposed.  In very red districts 56% were in favor, while in very blue districts 57% were opposed.

On the House bill proposal to lower the maximum amount of deductible interest for new mortgages to the interest paid on $500,000, 50% were in favor, 49% opposed, with 60% of Republicans in favor and 58% of Democrats opposed.  In very red districts 57% were in favor, while in very blue districts 56% were opposed.

For the estate tax, the House bill calls for doubling the amount of assets that can be transferred tax-free for the next six years and then completely eliminates the tax.  This idea was opposed by 53%, including 75% of Democrats and 59% of independents.  However, 73% of Republicans favored it.  In very red districts 56% favored it but in other red districts views were divided.  In all blue districts majorities were opposed including 61% in very blue districts. The Senate bill also doubles the amount of tax-free transfers, but does not eliminate the tax in six years.

On the broader question of whether tax revenues should be reduced, 54% favored some reduction, but 51% thought that $1.5 trillion over the next decade went too far, including 76% of Democrats and 54% of independents.  Seventy-eight percent of Republicans thought that the $1.5 trillion reduction was acceptable. Only in very red districts did a majority (53%) think this was acceptable, while other red districts were divided.  Blue districts were opposed.

The survey was conducted online with a national probability-based sample of 2,637 registered voters, provided by Nielsen Scarborough from Nielsen Scarborough’s sample of respondents, who were recruited by mail and telephone using a random sample of households. The margin of error was +/- 2.3% for the national sample and 4.5-5% for the samples divided by their Congressional district’s partisan dominance based on Cook PVI ratings.