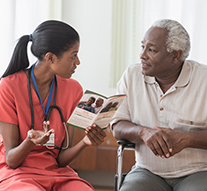 A representative sample of 8,000 voters was presented the problem of the Medicare shortfall and asked to evaluate various options for addressing it. Majorities (most of them bipartisan) recommended a series of steps that would eliminate nearly a third of the Medicare shortfall (in a 25 year time frame), while majorities said they could “tolerate” additional steps that would eliminate most of it. The survey was conducted by the Program for Public Consultation (PPC) at the University of Maryland, on behalf of Voice of the People (VOP), a nonpartisan nonprofit organization.

Respondents evaluated various options for reducing the shortfall by both reducing costs and raising revenues, including ones considered by Congress as part of the recent budget resolution.

Seven options were recommended by majorities (five of them bipartisan majorities), enough to reduce the Medicare shortfall by 30 percent.

Eight additional options were found at least “tolerable” by majorities, which would eliminate an additional 67 percent of the shortfall.

“If Congress needs some direction on how to reduce the Medicare shortfall, it may behoove them to listen to the considered views of American voters,” commented Steven Kull, President of VOP and director of PPC.

For each option, respondents were first presented a short briefing, told how much it would reduce the shortfall, and evaluated strongly-stated arguments for and against the option.  All of this content was reviewed by Congressional staffers from both parties and other experts from across the spectrum of opinion.

The option generating the biggest return was an increase in the Medicare payroll tax from 1.45 to 1.55 percent, which would cover 11.3 percent of the shortfall.  It was recommended by 67% (Republicans 69%, Democrats 68%).

Two options were endorsed by majorities, but this did not include a majority of Democrats:

These options selected were previously scored by the Congressional Budget Office (CBO), except for one scored by the Medicare Payment Advisory Commission.

Samples of more than 400 were obtained in eight different states ranging from very Republican Oklahoma to very Democratic New York, but there was remarkably little difference between them.

The survey was conducted online between August 24 and November 11, 2016.  The national sample panel of 7,959 respondents was recruited from the larger panel of Nielsen-Scarborough, which was recruited by mail and telephone using a random sample of households.  Additional recruiting of 251 respondents in Maryland, Oklahoma and Virginia by telephone and mail was conducted by Communications for Research. The margin of error for the national sample was (+/-) 1.1 percent.

The full report of the results can be found at: http://www.publicconsultation.org/wp-content/uploads/2017/10/Medicare_Report.pdf.

The questionnaire can be found at: http://www.publicconsultation.org/wp-content/uploads/2017/10/Medicare_Quaire.pdf.