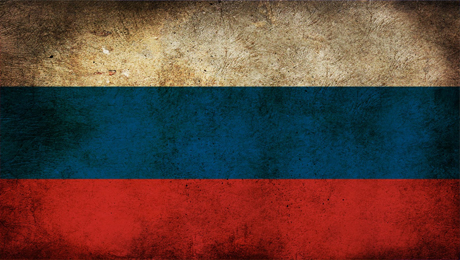 Views of Russia have strongly deteriorated since last year, as shown in the latest 24-country poll for BBC World Service conducted mostly before the events in Crimea. Feelings have become more negative in 13 countries polled, and are the most negative since the poll began in 2005.

The poll also finds that views of the United States have worsened around the world, led by sharp increases in negative views among citizens of Spain (up 19 points), Germany (up 18 points) and Brazil (up 15 points).

Views of the EU have also eroded, with perceptions of the institution being at their worst globally since the poll began and among European citizens in Spain, Germany, and France. In these three countries, negative ratings have increased (by respectively 19, 10, and 7 points), and positive ratings have simultaneously dropped (down 15, 11, and 5 points).

Meanwhile, Germany has kept its position as the most positively viewed country, with 60 per cent worldwide giving it positive ratings. As in 2013, it is followed by Canada (57%), and the UK (56%).

The UK is the country whose perceived influence in the world has most improved from 2005 to the present. Positive views towards the UK have gone up six points, from 52 to 58 per cent on average across the long-term tracking countries surveyed since the beginning of the poll. Negative ratings have simultaneously dropped eight points, from 29 to 21 per cent. Conversely, China’s perceived influence has worsened the most over the same decade.

The Country Ratings Poll of 24 nations, entering its 10th consecutive year, was conducted by GlobeScan/PIPA among 24,542 people around the world between December 2013 and April 2014. It asked respondents to rate 16 countries and the EU on whether their influence in the world is “mostly positive” or “mostly negative.”

Negative views of Russia now average 45 per cent across the countries polled in 2013 and 2014. They largely outweigh positive views (31%), and have gone up four points since 2013. The worsening opinion of Russia is a general trend observed in many different countries across all continents, led by Kenya (up 16 points), Spain (up 15 points), Brazil (up 13 points), and Canada (up 12 points).

In addition to Spain, Germany, and Brazil, views of the USA have also declined in Canada, and, more sharply, among traditionally-friendly African countries. On average, positive views of the USA across the tracking countries have dropped three points to 42 per cent while negative views have risen by four points to reach 39 per cent. This is the third consecutive year that the perceived influence of the USA has worsened.

Japan has continued its downward movement. In 2012 Japan was the most positively rated country, while in 2013 it dropped to fourth place with an average seven-point decline in positive ratings. This year Japan has dropped two more points (49% of positive views) and is now in fifth place among all nations assessed. Negative views of Japan are at their highest since 2006, and have hit a record high of 90 per cent among Chinese (up from 74%).

GlobeScan’s Lionel Bellier commented: “It is probably not a coincidence that the nations that showed the sharpest increases in negative views of the United States—Spain, Germany, and Brazil—are ones where extensive US surveillance activity has been discovered and widely criticized.”

Steven Kull, Director of PIPA, commented: “Though the polling period mostly pre-dated the action in Crimea and overlapped the Sochi games and the freeing of Khodorkovsky and the Pussy Riot members, it was also a period during which Putin had pressed Ukraine to not move toward the EU, and when the first riots took place in the streets of Kiev.”
Other Key Findings

Negative views of the USA are also up in all three African countries surveyed—up 13 points in Kenya, ten points in Ghana, and seven points in Nigeria. The proportions of positive ratings in these three countries have concurrently decreased averages of two digits.

Perceptions of the EU had stabilised in 2013 after the big drop in positive views that occurred in 2012, but the declining trend has resumed again this year. Forty-seven per cent respondents in tracking countries feel that the EU has a positive influence. This is down two points, while negative ratings have simultaneously gone up by two points (now 27%). Views of the global public towards the EU are at their worst since the poll began.

Negative views of Japan have grown particularly stark among some of its key East Asian neighbours. In China, over the last year, negative ratings have gone up 16 points to an astonishing 90 per cent. In South Korea, negative views have risen 12 points to almost four in five (79%). In these two countries, the negative sentiment is at its highest since 2006.

Several of the BRICS countries (Russia notwithstanding) that saw their ratings decline strongly last year have corrected in a positive way in 2014. For South Africa there was a five-point increase in positive ratings among tracking countries surveyed both in 2013 and 2014 (up to 39%), making it the most improved nation. The situation has also improved in India (38% of positive views, up 4 points) and China (42%, up 2 points).

Iran remains the most unfavourably viewed country, with negative ratings of its perceived influence averaging 60 per cent, followed by Pakistan and North Korea (both 58%). Israel continues to be the fourth most negatively viewed nation, despite an uptick of three points in its positive ratings (24%) and a decline in its negative ratings to 50 per cent (down 2 points) that differentiates it from the other worst-rated nations.

A total of 24,542 citizens across 24 countries were interviewed face-to-face or by telephone between December 17, 2013 and April 28, 2014. Polling was conducted for BBC World Service by the international polling firm GlobeScan and its research partners in each country, together with the Program on International Policy Attitudes (PIPA) at the University of Maryland. Countries were rated by half samples in all countries polled except for Argentina and Japan. In five of the 24 countries, the sample was limited to major urban areas. The margin of error per country ranges from +/- 2.5 to 6.1 per cent, 19 times out of 20.

The BBC Country Ratings Poll is marking its tenth anniversary this year. Looking back at a decade of ratings, some broad trends are clearly identifiable as to how some countries are being viewed globally in terms of their world influence. The charts on the next page show these long-term trends among a set of 11 long-term tracking countries (i.e. only those in which the survey has been conducted every year since 2005, meaning that the average figures quoted will differ from the figures quoted elsewhere in this document).

Over the past decade, the country whose perceived influence in the world has most improved is the UK. From 2005 to the present, positive views towards the country have gone up six points, from 52 to 58 per cent on average across the long-term tracking countries. Over the same time, negative views have followed a reversed trend, decreasing from 29 to 21 per cent.

Conversely, the country whose influence in the world has worsened the most over the past decade is China. In 2005 positive views were held by nearly half (48%) and strongly outweighed negative views (32%), but since then perceptions have flipped: positive views have dropped 13 points to 35 per cent in 2014 and are now eclipsed by negative views (49%, up 17 points).

The long-term trend of perceptions of Russia is also down sharply. Neutral in 2005 with as many positive ratings as negative ones (39%), views have since gradually worsened. The proportion of negative ratings has risen 12 points to 51 per cent over the past decade and now far outweighs the proportion of those with positive perceptions, which has dropped eight points to 31 per cent.

The long-term trends of the EU and Japan over the past decade have followed relatively similar, broken trajectories. Faring both consistently quite high in terms of positive views from 2006 up until 2011 for the EU (57%), and up until 2012 for Japan (58%), their perceived world influence has seen a continuous decline since then to reach record lows in 2014 in terms of positive ratings (46% in the EU, 48% in Japan). At the same time the proportion of those with negative ratings has hit record highs in 2014, going up 11 points since 2006 in the case of the EU to reach 30 per cent in 2014, and eight points in the case of Japan to reach 32 per cent in 2014.

Perceptions of the USA were in majority negative from 2005 until 2007 when negative views of the country significantly outnumbered positive ones: a record high of 58 per cent of respondents had unfavourable attitudes towards the USA. A durable recovery started in 2008, lasting over the course of Obama’s first term up until 2012 when positive views were at a high (44%, up 19 points since 2007) and outnumbered negative ratings concurrently at a low (38%). However, the reputation of the USA has receded in the past three years and overall, over the decade, while negative views of the USA have softened and dropped five points between 2005 (52%) and 2014 (47%), positive views have merely gone up two points to 36 per cent in 2014.

2014-06-03
Previous Post: Large Majorities of Republicans and Democrats Agree on How to Reform Social Security
Next Post: Iran Nuclear Deal Backed by Large Majority of Americans