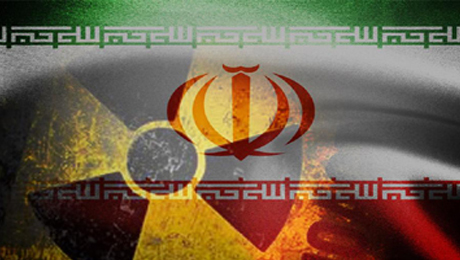 Negotiations over a proposed deal with Iran regarding its nuclear program are coming to a head while a new study finds a clear majority of Americans – 61 percent – support an agreement that would limit Iran’s enrichment capacity and impose additional intrusive inspections in exchange for the lifting of some sanctions. This included 61 percent of Republicans, 66 percent of Democrats and 54 percent of independents.

The alternative option, being promoted by some members of Congress, calls for ending the current negotiations, and increasing sanctions in an effort to get Iran to stop all uranium enrichment. This approach was recommended by 36 percent.

The study was conducted by the Program for Public Consultation and the Anwar Sadat Chair for Peace and Development at the University of Maryland, with Steven Kull and Shibley Telhami as principal investigators. It was fielded with a representative sample of 710 Americans drawn from GfK’s probability-based KnowledgePanel.

The deal endorsed by a majority specified that Iran could enrich uranium only to the level necessary for nuclear energy, and provided that it accepts intrusive inspections to ensure that Iran is not building nuclear weapons. Some sanctions would be gradually removed, provided that Iran upholds the agreement.

“Americans find convincing the arguments for making a deal as well as for ending the negotiations and ramping up sanctions,” said Steven Kull, director of the Program for Public Consultation. “But when asked to finally decide, a clear majority breaks in favor of a deal.”

“It is striking that in only three months, Democrats and independents moved from more holding favorable views of Netanyahu than unfavorable ones, to exactly the opposite,” said Dr. Shibley Telhami, Anwar Sadat professor for Peace and Development, University of Maryland and non-resident senior fellow at the Brookings Institution. “This is almost certainly related to the controversy over his speech to Congress.”

The study was unique in that respondents were first given a briefing on the issue and evaluated arguments for and against the options of making a deal with Iran or pursuing further sanctions. The briefing and arguments were vetted and refined with Congressional staffers from both parties and other experts. Majorities found the arguments for both options convincing.

A report on the survey’s results, “Americans on the Iran Nuclear Issue,” can be found here.

The questionnaire for the survey can be found here.

2015-03-03
Previous Post: Negative Views of Russia on the Rise
Next Post: Ukraine Poll: Majorities Do Not Want to Move Closer to EU or Russia