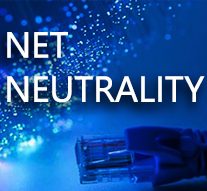 Since the December 14 FCC decision to repeal the requirements that Internet service providers abide by net neutrality, the FCC continued to promote their decision as a means for promoting Internet innovation and have parried criticism that it will drive up costs for consumers saying that the Federal Trade Commission will be in a position to protect against unfair practices.  However, a new survey finds that overwhelming bipartisan opposition persists even when presented the FCC arguments as well as opposing arguments.

Eighty-six percent oppose the repeal of net neutrality, including 82% of Republicans and 90% of Democrats.  This is up slightly from a survey conducted during the run-up to the December decision when 83% were opposed.  Opposition among Republicans has increased from 75% to 82%, while Democrats have held steady.

Respondents were given a short briefing and asked to evaluate arguments for and against the proposal before making their final recommendation.  The survey content was reviewed by experts in favor and against net neutrality, to ensure that the briefing was accurate and balanced, and that the strongest arguments were presented.

The survey of 997 registered voters was conducted by the Program for Public Consultation at the University of Maryland (PPC), and released today by the nonpartisan organization, Voice of the People.

Unlike the December survey, the current survey included an argument in defense of repeal put forward by the FCC as follows:

Concerns that advocates have about net neutrality are overblown and fail to recognize a key fact.  That is, once the FCC repeals the recent rules for FCC regulation of the internet, it will revert to the Federal Trade Commission (FTC) to take responsibility for ensuring that ISPs do not engage in anti-competitive and unfair practices.  The FTC will require that any changes in the service they provide will be fully disclosed.  With these protections, we will be able to count on the competition of the market to ensure that ISPs provide the service that consumers want.

A modest majority of 52% found this argument convincing.

However, the counterargument was found convincing by 72%.  It went:

Giving the FTC jurisdiction over ISPs would not prevent them from setting up fast and slow lanes on the internet by offering different download speeds at different prices or charging for access to certain websites. It would only require they disclose they are doing so.  Further, the FTC cannot police the long standing carriers like Verizon and AT&T.  Last, we cannot count on market competition to ensure that customers get what they want–a full 58% of American households only have access to one high-speed broadband ISP and, thus, there is no competition. And even if there is another ISP, it is unlikely it would voluntarily forego the right to charge for access to certain websites.

To introduce them to the topic, respondents were told that Internet Service Providers (ISPs), like Verizon or Comcast, are currently “required to:

and are not allowed to:

They were told that the proposal is to remove these regulations, though the ISPs would be required to disclose any variation in download speeds or blocking of any websites.

In addition to the arguments discussed above they were presented an argument in favor of the proposal that the restrictions are unnecessary, that they stifle innovation, that ISPs should be allowed to provide cutting-edge download speeds for companies that want them, that due to these restrictions the United States is lagging behind other developed countries in the development of the internet, and that disclosure requirements ensure that ISPs will not overreach.  Forty-seven percent said they found the argument convincing, while 53% found it unconvincing.  More Republicans found it convincing (57%) than Democrats (38%).

The other argument against the proposal fared better.  It asserted that ISPs, though they do not provide website content, would be able to charge consumers ever-higher fees for internet access, that the big companies with websites could pay for the faster download speeds while smaller competitors could be driven out of business, that ISPs who provide content could block access to competitors who also provide content, and that all this would undermine innovation.  Seventy-seven percent found this argument convincing, including 75% of Republicans and 81% of Democrats.

The survey was conducted online from March 9-23, 2018 with a national probability-based sample of 997 registered voters, provided by Nielsen Scarborough from Nielsen Scarborough’s sample of respondents, who were recruited by mail and telephone using a random sample of households. The margin of error was +/- 3.1%.