Survey: Six in Ten Oppose Spending $25 Billion for Wall, But Half Favor Some New Spending 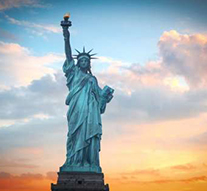 Majorities Oppose Eliminating Family and Lottery Based  Immigration Programs, But 6 in 10 Favor Cutting Them Back

Washington DC: As Congress gears up to make another run at addressing immigration, a new in-depth survey of registered voters presented the major proposals under consideration and found that:

The survey was conducted by the Program for Public Consultation (PPC) at the University of Maryland, and released today by the nonpartisan organization Voice of the People. The sample of 2,916 registered voters included a national sample of 2,228 registered voters, plus three oversampled states that are prominent destinations for immigrants—California (400), Florida (418), and Texas (383).

To ensure that respondents understood the issue, they were given a short briefing on the US immigration program and the proposals for reforming it currently under consideration in Congress. The content was reviewed by proponents and opponents of the proposals, to ensure the briefing was accurate and balanced, and the strongest arguments were presented.

“While Democrats and Republicans in Congress are having tremendous difficulty finding any common ground on immigration, the majority positions of the public – after hearing both sides of the issues – point to some possible areas of agreement,” commented Steven Kull, director of PPC.

Asked about “the government spending $25 billion to build a stronger barrier along the southern border with Mexico, primarily by building a wall,” 58% were opposed. Responses were highly partisan, with 78% of Republicans in favor and 93% of Democrats opposed. Independents leaned against the idea with 55% opposed. Majorities were opposed in two states that abut the southern border–Texas (55%) and California (67%) – as well as Florida (55%).

Those who opposed were asked a follow-on question about whether they would favor some new spending to build a stronger barrier. Ten percent (of the full sample) favored an increase. Combined with the 41% who favored the $25 billion, 51% favored some increase. Asked how much they favored spending, the amounts proposed were generally low, and some backed away from the idea, so that less than half of the full sample supported spending $1 billion or more.

Respondents evaluated the proposal to create a legal status for the 1.8 million immigrants eligible under the DACA program and make them eligible to apply for citizenship in 10-12 years. It was approved by an overwhelming 80%, including 69% of Republicans as well as 92% of Democrats. Support was extremely high in Texas (79%), Florida (77%), and California (84%).

Told that 290,000 ‘green cards’ are issued each year as part of a visa program for the parents, siblings and adult children of US citizens, 80% opposed the proposal to eliminate the program, including 63% of Republicans and 95% of Democrats.

However, 61% favored cutting back the program by reducing it (41%) or eliminating it entirely (20%). The 41% who favored reducing it were asked what the number of green cards issued should be. Including those who supported eliminating the program, a majority of 55% (of the full sample) cut back the number of green cards issued each year by at least 90,000.

Attitudes about the visa lottery followed a similar pattern. Told about the lottery program that issues 50,000 green cards per year to individuals from countries under-represented in the US population, 66% opposed the proposal to eliminate the program. However, 58% of respondents favored cutting it back by either reducing it (25%) or eliminating it entirely (33%). Those who favored a reduction, were asked what they thought the level should be. Combined with those who favored eliminating the program, a majority of 52% cut it by at least 20,000 green cards each year.

The proposal to increase the number of immigrants under the employment-based program was also explored. Respondents were told that currently, each year, about 140,000 green cards are granted to people who have skills that are needed in the US labor market. A bare majority of 51% opposed increasing this number, with 48% in favor. Partisan differences were strong: while 63% of Democrats favored increases, 65% of Republicans were opposed.

The survey was conducted online from February 21 through March 12 with a national probability-based sample of 2,916 registered voters, provided by Nielsen Scarborough from Nielsen Scarborough’s sample of respondents, who were recruited by mail and telephone using a random sample of households. The national sample of 2,228 registered voters has a margin of error of +/- 2.1%. The samples of the three oversampled states were California 400 (+/- 4.9%), Florida 418 (+/-4.8%), Texas 383 (+/-5%).