US Public Sees US Trade Policy as Not Serving Public, But Multinational Corporations 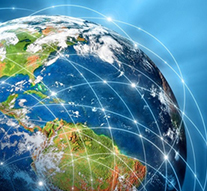 In a two wave trend line poll conducted shortly after the election and then again this month, seven in ten US voters consistently said that US trade policymakers give too little consideration to the American people, people like them, or the American economy, but do fully take into account the interests of multinational corporations.

This view was especially strong among Trump voters, who came out of the election with negative views about trade and globalization. Overwhelming majorities of Trump voters said that US trade policymakers were giving short shrift to the American public (81%), people like them (83%) or the American economy (77%). However, only one in five Trump voters — the same as the public as a whole ¬— said that US trade policymakers give too little consideration to the concerns of multinational corporations.

“It appears that during the campaign Donald Trump effectively spoke to voters’ doubts about whether US trade policymakers serve the public interest,” commented Steven Kull who directed the poll.

The poll, which repeated trend line questions asked as far back as 1999, found a remarkable partisan shift. While in the past Democrat and Republican voters had fairly similar views on trade, Republicans have become significantly more negative while Democrats have become more positive. For example: as compared to 1999, Republican approval of NAFTA has dropped from 44% to 28%, while Democratic approval has grown from 50% to 76%.

“We may be seeing a true partisan realignment on trade,” commented Steven Kull. He adds, “Ironically, this is an inverted image of what has generally been the case in Congress, where Democrats have shown more negative concern about trade, especially its effect on workers.”

But concerns persist about how US trade has been conducted:

When these questions were asked in 1999, Republicans and Democratic views were very similar.

On Trade Adjustment Assistance, 81% of Republicans (85% of Trump voters) complained that government efforts to retrain workers who lost their jobs due to trade are inadequate. But only 34% said the government should do more in this regard, while 65% said, “such efforts just create big government programs that do not work.”

Republicans seem to be breaking away from a broader consensus on this issue. In 2004, 66% of Americans, including 54% of Republicans, said they both favored free trade and believed that it was necessary to have programs to help workers who lose their jobs. In September, Republican support for this position dropped to 39%, while the populations as a whole still endorsed it by 62% (Democrats 83%).

Including labor standards in trade agreements, so as to level the international playing field, gets overwhelming bipartisan support. This idea is supported by 88% overall, including 83% of Republicans and 93% of Democrats.

The report is available online at http://www.publicconsultation.org/wp-content/uploads/2017/10/Globalization_Report.pdf.

The questionnaire is available online at http://www.publicconsultation.org/wp-content/uploads/2017/10/Globalization_Quaire.pdf.

Americans on Globalization and Trade: Slide Presentation*
*updated November 2018 with additional polling data from other sources