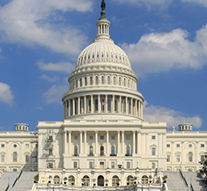 As Congress lifts the national debt ceiling, increasing the budget deficit, a unique survey has found that bipartisan majorities are ready to cut the deficit by $376 billion, primarily by raising taxes on high incomes. The survey participants—who were shown the current deficit, and given the opportunity to propose changes in spending and taxes—proposed reversing the 2017 tax cuts for incomes over $200,000, treating capital gains and dividends as ordinary income for those with incomes over $200,000, and applying an extra tax of 4% on income over $5 million.

In the interactive online survey, conducted by the University of Maryland’s Program for Public Consultation (PPC), a sample of 2,403 registered voters were presented the discretionary budget (broken into 34 line items) and the budget deficit for 2019.  They were given the opportunity to modify spending levels up or down, getting immediate feedback on the impact of their changes on the deficit.

While Congress is headed for increasing the defense budget, in the survey a majority cut it $51 billion (Republicans $14 billion, Democrats $101 billion).  Majorities of both Republicans and Democrats cut subsidies to agricultural corporations by $7 billion and spending on federal enforcement of federal laws by $2 billion.  While majorities of Republicans and Democrats made small increases to some programs, this did not extend to the majority of the whole sample.  Overall, the majority made net reductions in spending of $70 billion. Republicans cut $52 billion, Democrats $111 billion, and converged on cuts of $27 billion.

Total deficit reduction, from changes to spending and revenue, for the overall majority was $544 billion: Republicans $401 billion, Democrats $663 billion.  Bipartisan majorities overlapped on $376 billion in reductions.

“Clearly Americans from both parties are worried about the deficit and are ready to make some tough choices to bring it down—far more than Congress,” said PPC Director Steven Kull.

Respondents were ready to bump up sin taxes.  Bipartisan majorities raised alcohol taxes to 25 cents per ounce of alcohol and raised taxes on various tobacco products.  Each of these changes generated $5 billion in revenue.

Several changes were favored by majorities overall and among Democrats, but not Republicans including:

This type of survey is called a ‘policymaking simulation,’ as it seeks to put respondents in the shoes of a policymaker. Respondents were given a short briefing on the budget, the deficit and the debt and evaluated arguments for and against the importance of reducing the deficit, reducing the size of government, making public investments, and reducing spending on defense.  To ensure accuracy and balance the content was reviewed in advance by Congressional staffers from both parties and other experts.

The survey was conducted online from April 10 through May 13, 2019 with a national probability-based sample of 2,403 registered voters, provided by Nielsen Scarborough from its sample of respondents, who were recruited by mail and telephone using a random sample of households. The margin of error is +/-2.0 percent.

Members of the public can go through the budget-making policymaking simulation at: http://vop.org/policymaking-simulations/federal-budget/

The full report is available for download online at: http://www.publicconsultation.org/wp-content/uploads/2019/08/FY2020_Budget_Report.pdf

The questionnaire with frequencies can be found at: http://www.publicconsultation.org/wp-content/uploads/2019/11/FY2020_Budget_Quaire2.pdf